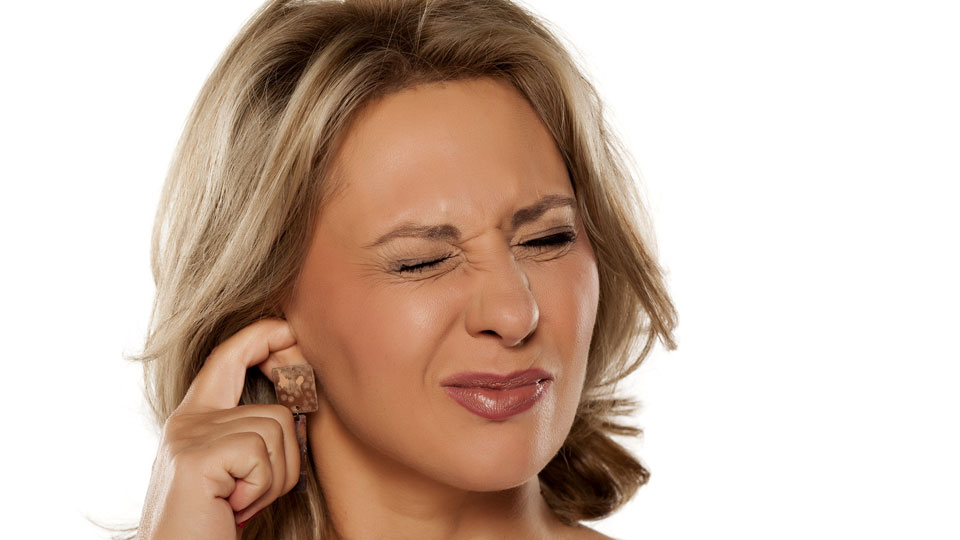 Cerumen is a necessary, waxy material that helps provide the sensitive ear canal skin with a protective coating. It is thought to have some anti-fungal and antibacterial properties as well as moisturizing the ear canal skin and serving as a deterrent to foreign bodies camping out in the ear. No bugs will want to set up house in a waxy ear!

Why do my ears produce so much Cerumen?

Some things can actually cause the ear to produce more wax. Conditions such as stenosis (narrowing of the ear canal), overgrowth of hair in the canal, and hypothyroidism can cause wax buildup. Using cotton swabs/Q-tips, wearing hearing aids, and the aging of the skin and loss of elasticity can also lead to excessive cerumen!

Your age can make a difference in wax!

I don’t color the wax in my ears, why does it look the way it does?

Cerumen varies in color due to factors such as the age of the cerumen, a person’s racial background, the consistency of the wax, and good old dirt!

How do I get the wax out of my ears?

You should have listened when your Granny told you to put nothing smaller than your elbow in your ears! The three techniques used by health care professionals include instrument removal, suction or aspiration, and irrigation. Audiologists and Otolaryngologists generally prefer suction and instruments whereas many family practice physicians utilize irrigation. Audiology Dr. Brandy Vowell uses instruments and suction to remove the wax from your ears. She doesn’t like the risk factors such as water temperature inducing vertigo, undue water pressure on the eardrum, or perforations that may not be visible, that may be involved with using water. Dr. Vowell doesn’t enjoy giving you a bath and herself a bath during your cerumen management visits!

What about Ear Candling?

“Ear candling,” also known as auricular candling or coning, is a folk medicine practice that refers to various procedures that involve placing a cone-shaped device in the ear canal and supposedly extracting earwax and other impurities with the help of smoke or a burning wick. The procedures supposedly create a low-level vacuum that draws wax and other debris out of the ear canal. Some proponents even claim that impurities are removed from the inner ear, the facial sinuses, or even the brain itself. According to medical researchers, it is both dangerous and ineffective.

Since wax is sticky, the negative pressure needed to pull wax from the canal would have to be so powerful that it would rupture the eardrum in the process. However, candling produces no vacuum. Researchers who measured the pressure during candling of ear models found that no negative pressure was created. The same investigators candled eight ears and found that no ear wax was removed and candle wax was actually deposited in some of them! The notion that the ear canal is connected to structures beyond the eardrum is false. A review of a good anatomy book should dispel this notion. The external ear canal, with an intact eardrum, is not connected to the brain, the sinuses targeted by the procedure (those above your eyes), or the Eustacean tubes (the passageways between the internal ear and the back of the throat). While some claim that the eardrum is porous and quickly allows impurities to pass through, this is untrue. The “impurities” that appear in the collected wax (usually on a paper plate or other collecting device) are nothing more than the ashes from the burnt wick and wax of the cone itself. 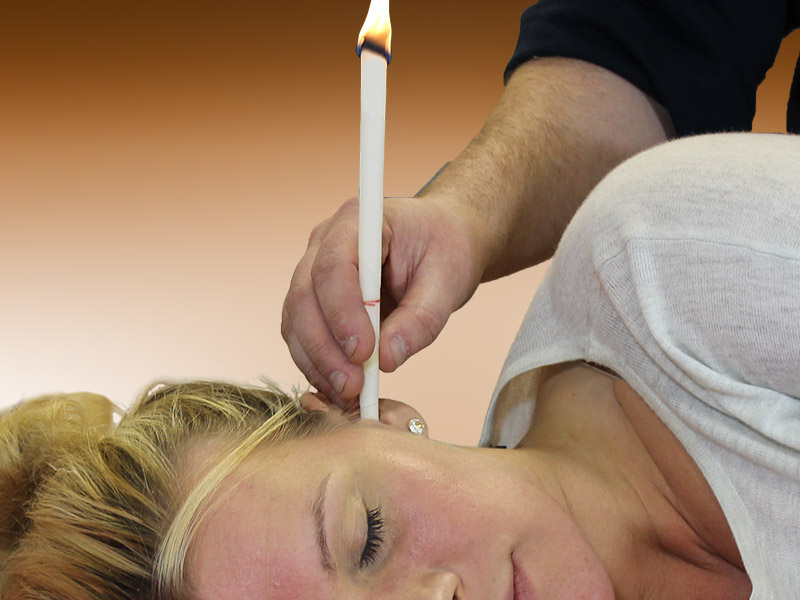 DANGER: Candling poses several dangers, the most serious of which involve burning caused by the hot wax. A 1996 survey of 144 ear, nose, and throat physicians, found that 14 had seen patients who had been harmed by ear candling, including at least 13 cases of external burns, 7 cases of ear canal obstruction with candle wax, and 1 perforated eardrum.

The Main Meltodown: If you are concerned about cerumen (wax) accumulation in your ears, you should schedule an office visit with The Hearing Doctor, Dr. Vowell provides complete cerumen management services that are safe and effective.

Should I use the ear wax removal kit I bought at the store?

Yes, you can use over the counter products to help loosen the wax in your ears. Most kits contain an ear drop solution and a syringe type bulb. The drops help soften the wax if used appropriately and the syringe helps to dislodge the cerumen and rinse it out of the ear canal. Unfortunately, these over the counter kits often don’t completely clear the ear of the cerumen accumulation. It’s OK to utilize the kit but you should follow up with your Audiologist or Otolaryngologist if you feel any of the wax is still in the ear. If you wear hearing aids, don’t rely on your primary care physician to understand that the ear canal needs to be free of cerumen in order for your hearing aids to work optimally. Often times they tell patients their ears are clean, only for the patient to see their Audiologist who exclaims over the wax in their ear canal! What is “fine” to be left in the ear canal from the PCP perspective is not the same perspective the Audiologist shares when factoring in hearing instrument care and performance!

Why Has the Hair on my Head Migrated to my Ears?!The Effects of Excessive Ear Hair!

It’s God’s little practical joke, says John F. Romano, M.D., clinical associate professor of dermatology at New York Hospital–Cornell Medical Center in New York City. “He takes the hair from your head and puts it on your ears and nose.” The humor may be lost on you if you’re the one who suddenly finds that he has fuzz growing out of his ears. This new growth of hair is unfortunately a normal part of male aging. No one is entirely sure what makes it happen, but one theory is that as you age, the hair follicles in and around your ears and nose may become more sensitive to the male hormone testosterone, which stimulates the unwanted hair growth.

Science has not successfully tackled the problem of permanently removing hair, but there are some things you can do on a regular basis to keep the hair in check. Get a close shave. Shaving around the outer ear and the lobe is an effective, albeit temporary, method for getting rid of external hair. For the peskier hair that seems to congregate just at the edge of your inner ear, your best and safest bet is to invest in a personal grooming shaver. Melt it away. Using chemical depilatories on the outside of your ear is another way to remove the hair.

Keep your ears clean. Excess ear hair can have an effect on your hearing and hearing aids in a roundabout way. Earwax can get all tangled in your ear hair and pile up, causing temporary hearing loss and feedback! 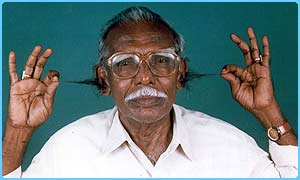 A man has broken one of the Guinness Book of World Records.
Antony Victor from India officially has the world’s longest ear hair – it measures 11.5cm!

Tulsa Audiologist, Dr. Brandy Vowell, can assist with all your ear wax concerns. 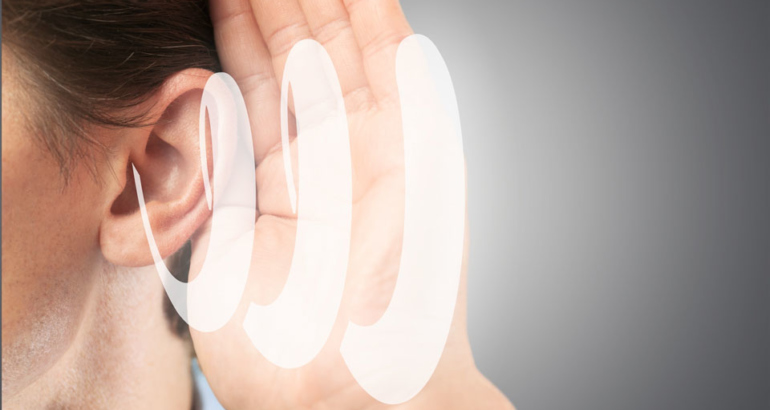 How We Hear We need two ears Our two ears act like radar antenna to register acoustic signals coming from multiple directions. The complex structures of each ear process the received signals and pass them to the brain where…