Medications & Their Effect on Hearing

Commonly used medications–both over the counter and prescription, can damage hearing or aggravate an already existing condition! Any drug with the potential to cause toxic reaction to structures on the inner ear are considered OTOTOXIC- which literally means poisonous to the ear.

Hearing problems caused by ototoxic medications can be reversible if the drug is discontinued and when the damage is in the early stages and being monitored. Hearing loss can also be permanent and many times it is not in the overall best health interest of the patient, especially cancer patients, to change drug types or dosages. The health care team of a cancer patient should consider the effects that hearing and balance problems may have on the patient’s quality of life after the drug therapy and implement rehabilitative strategies to deal with hearing loss related issues.

If a drug is known to cause permanent hearing loss or even deafness, why is it used?

Sometimes there is little choice. A particular drug may be the only known medication available to cure a life threatening disease or stop a life-threatening infection. Monitoring of hearing usually continues as part of rehabilitation to determine whether the hearing loss is stable. Rehabilitation may include fitting hearing aids, assistive listening devices, and communication management.

What drugs are ototoxic?

Over 130 drugs and chemicals are reported to be potentially ototoxic. Different ototoxic drugs can cause either permanent or temporary structural damage in the inner ear. The damage can be of varying degree and reversibility. Those drugs known to cause permanent damage are the aminoglycoside antibiotics and the cancer chemotherapeutic agents cisplatin and carboplatin. Those known to cause temporary damage are salicylate analgesics, quinine, and loop diuretics. In some instances, exposure to damaging noise while taking certain drugs will increase their ototoxicity. There are other categories of drugs known to be ototoxic including anesthetics, cardiac medications, glucocorticosteroids (cortisone, steroids), mood-altering drugs, and some vapors and solvents.

Can the use of a known ototoxic drug be monitored to determine whether hearing loss is occurring? 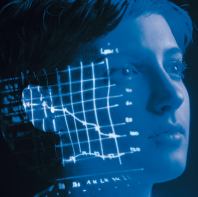 Yes, audiologists can perform hearing tests before, during, and after the administration of medications to detect the progression of ototoxic hearing loss. This evaluation usually involves testing hearing in very high frequency ranges—9000 to 20000 Hz—because ototoxic drugs affect these frequencies first. (Typical hearing tests only test frequencies as high as 6000 or 8000 Hz.). Otoacoustic Emissions testing is also beneficial in detecting early outer hair cell damage that occurs with hearing loss. Hearing tests are done before the administration of the drug to obtain baseline information. Monitoring is done at scheduled intervals to detect threshold changes as early as possible. Data gathered through monitoring helps the physician to make a decision to stop or change the drug therapy before hearing in the frequencies critical for speech is damaged. For cases in which hearing loss is inevitable and planned for, the audiologist can plan and institute rehabilitation measures.

Other drugs that cancer patients may be taking that may cause hearing loss or exacerbate the effects of inner ear damage include:

Sometimes hearing difficulties aren’t noticed by the patient until 6 months to a year following their drug treatments, which is why otoxic monitoring protocols at varying intervals are so important. Symptoms of hearing loss may include sounds that seem muffled, you may notice ringing in your ears, and your balance may be affected as well and cause episodes of dizziness.

If you know you will be starting a chemotherapy regiment or other potentially ototoxic drug treatment take the initiative to obtain a baseline hearing evaluation designed for ototoxic monitoring. Once your comprehensive baseline is obtained then a monitoring schedule can be recommended to coincide with certain time periods during and after your treatments.

Tulsa Audiologist, Dr. Brandy Vowell, your Audiology specialist can answer all your questions regarding ototoxic monitoring.

Freedom from “What”?! with Bluetooth Wireless Accessories at The Hearing Doctor, your Tulsa Audiologist Even with properly fit hearing aids, there are still difficult communication situations that you will encounter. Some of the most common are understanding on the…

Feeling Dizzy? Evaluation of the Vestibular and Balance System Feeling dizzy? You are not alone. It is estimated that at least half the population of the US will be affected by dizziness or balance problems during their lifetime. Balance…